The Rangers Remembered Exhibition – 80th anniversary of the US Rangers

The US Rangers were a unique, elite fighting force raised in Carrickfergus in 1942.

They remain the only US military unit to be formed on foreign soil.

Their campaigns were widely reported in the media and there was even a Hollywood film made about their exploits.

Their story is told at the US Rangers Museum, but that story is ongoing and the museum continues to collect original material.

This exhibition will explore the US Rangers’ journey in a new light and feature a range of items including a 1940s comic book featuring the Rangers, as well as recent donations by current and former serving US Military personnel.

To mark the anniversary of the Dieppe raid – the first action seen by US troops in Europe, the museum will be holding an event on 20 August exploring how the relationship between US troops and Northern Irish residents during WWII. For more information visit the event page for the seminar. 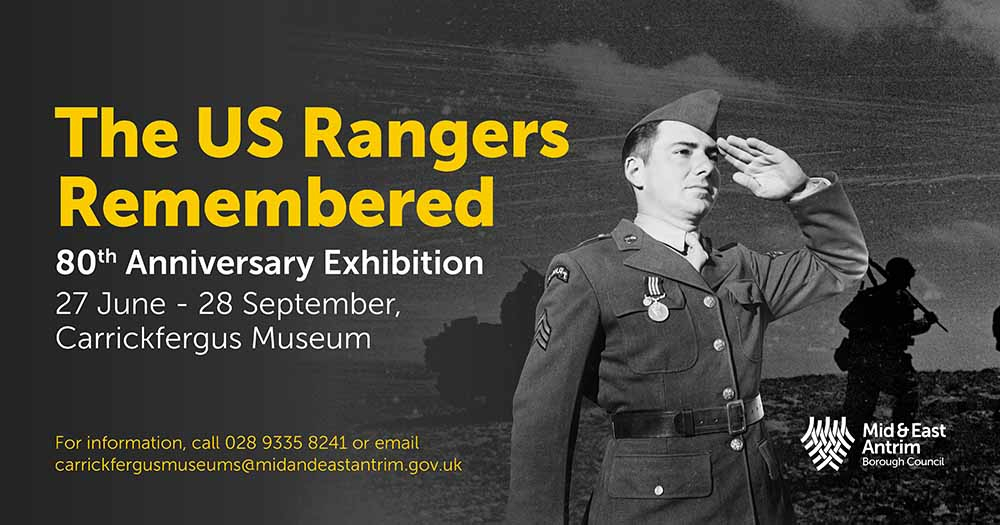