Mid and East Antrim Borough Councillor, Beth Adger MBE, says she is “deeply honoured and delighted” to be appointed to the prestigious position of President of the National Association of Councillors (UK) by her colleagues. 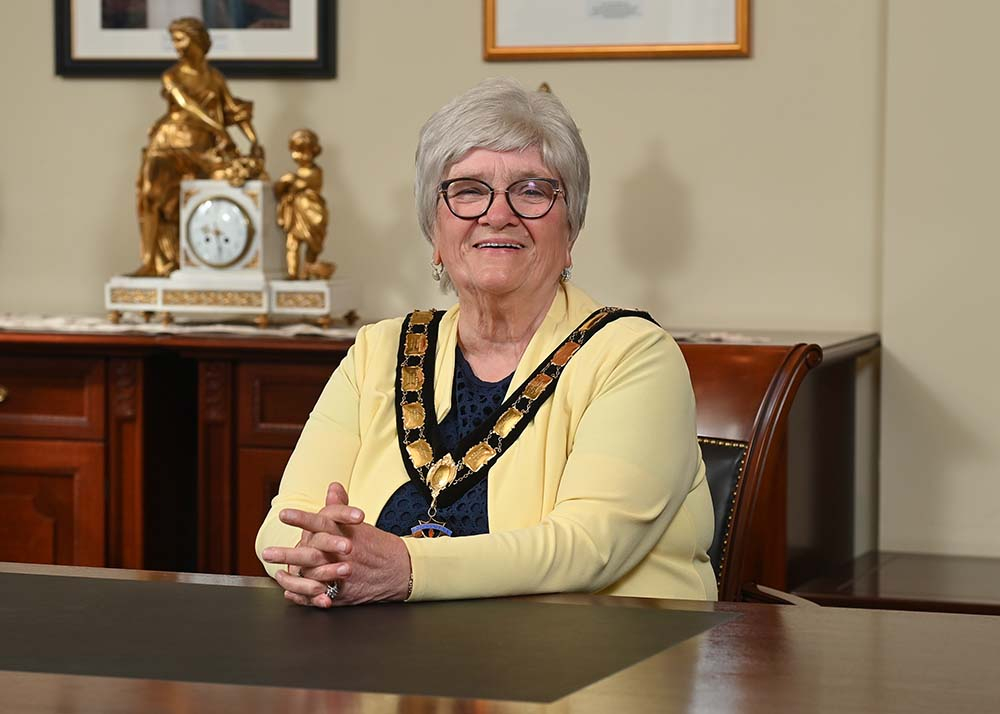 Deputy Mayor Beth Adger MBE, is the first ever person from Northern Ireland to be elected to the role of President of the National Association of Councillors (NAC), and has pledged to use her influential position to ‘give a voice to Mid and East Antrim Borough at a UK level’.

The National Association of Councillors represents Elected Members in all types of local authorities and from all political persuasions in England, Wales, Scotland and Northern Ireland.

Run by councillors, the organisation campaigns for equal opportunities for all its members on issues such as allowances, pension entitlement and training courses.

Commenting on her appointment, Councillor Adger MBE said: “I have represented Council for 21 years on the group, which fights for the rights of Councillors. I am delighted to be elected President of the UK National Association of Councillors and I feel it is a great honour.

“I am the first person to be elected to this role from Northern Ireland and I will be attending meetings across the UK, so I will be in a position to represent and give a voice to Mid and East Antrim Borough Council at a UK level. If anybody has any queries or issues they would like to raise, I would be very happy to take them on and deal with them.”

The NAC is the national voice of local government, working with Councils to support, promote and improve local government and is open to all Councillors to exchange information, share experiences, and voice their opinions and concerns.