The Mayor has nominated two charities as his Mayoral charities, namely the RAF Association and the young people’s mental health charity ‘Pure Mental’. 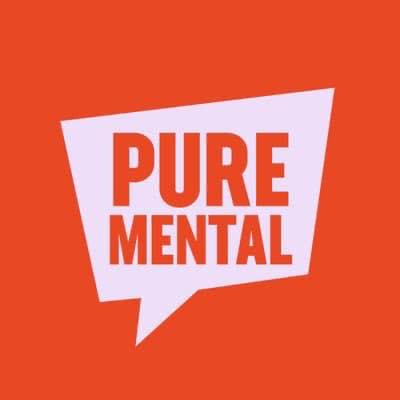 The RAF Association have championed a simple belief for over 90 years – that no member of the RAF community should ever be left without the help that they need.

Not since WWII has the RAF been so constantly deployed on global operations – and across the generations, the need for support is becoming ever more complex. Demand for their services is therefore increasing significantly.

For the sake of everyone who needs their help, RAFA continues to evolve and innovate to meet these new challenges and remain at the leading edge of service provision. RAFA champions the best interests of the RAF community more strongly than ever before.

Only then can they be sure that every member of the RAF community is receiving the support they need and deserve.

Founded in August 2019 by Jay Buntin and Matthew Taylor, Pure Mental’s goal is to improve mental health awareness and education in schools across Northern Ireland, with a strong focus on youth involvement and engagement.

They believe that young people need to have a say when it comes to their own mental health, and that their feedback and suggestions on how improvements can be made are key for any future budgets and legislation.

Pure Mental work tirelessly with their peers, politicians and the wider public on a number of projects that they believe are essential and effective when it comes to mental health support and awareness for young people across Northern Ireland.

The Mayor represents the public face of Council, and during the mayoral term, the Mayor takes on a non-political role.

As the figurehead of our Borough, the Mayor represents the people of Mid and East Antrim as our First Citizen. This role also involves promoting charities; voluntary organisations; our business community; and education establishments.

On average, the Mayor’s office receives approximately 400 invitations each year. These include opening events, making presentations, attending functions, as well as hosting receptions and events organised by the Council. The Mayor also receives high profile visitors to the towns of Ballymena, Carrickfergus and Larne. It has become a long standing tradition for the Mayor to raise money for their chosen local charity. This tradition continues with the nomination of Mayor’s Charity of the Year.

Donate to the Mayor's Charities