The streets of Ballymena were awash with hundreds of well-wishers welcoming Prince William and Catherine to The Braid as part of their two-day tour of Northern Ireland. 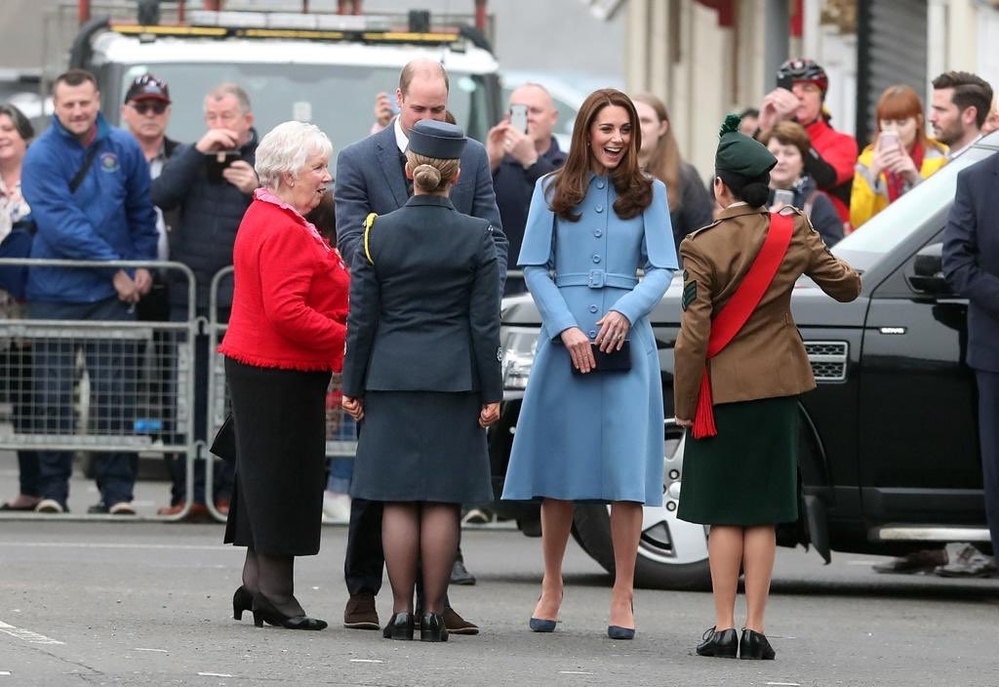 The Royal couple, who were bestowed the title of Baron and Baroness of Carrickfergus after their wedding, spent the morning visiting children at council’s headquarters.

They enjoyed performances from young people involved with Cinemagic who have used film, television and digital technologies to engage with over 500,000 young people.

The charity uses visual arts to increase opportunities and develop skills for young people from all backgrounds.

Their Royal Highnesses also met the Mayor of Mid and East Antrim, who presented them with a special gift. Cllr Lindsay Millar said: “It was such a delight to meet the royal couple and Catherine even wore blue for her visit to Ballymena. Prince William really took his time with the children and to see them both spend so much time talking to all the lovely locals who gathered outside, it really is a very exciting day here at The Braid!

“We were truly honoured to have them here today and we hope that as Baron and Baroness of Carrickfergus, they will come back to the borough for another special visit soon.”

Cllr Audrey Wales MBE, who is closely involved with Ballymena Chamber, also met the Royal couple: “It was a real honour to meet the Duke and Duchess of Cambridge in Ballymena today. Despite the dull weather a great crowd turned out to welcome them.

“Council commissioned two pieces of jewellery for the Royal couple by local designer Vera McCullough who created silver floral cufflinks for Prince William and a brooch, which can also be worn as a pendant, for Catherine. Both pieces have their birthstones in them as well, so they really are special and what better way to showcase what amazing talented local businesses we have here in Mid and East Antrim.”

Their final engagement of the day was at a Sure Start nursery in Dunclug, the programme supports parents with children aged under four years old living in disadvantaged areas in Northern Ireland.

Their Royal Highnesses got to see some of the different programmes that Sure Start provides to understand how the organisation supports parents and provides best practice for early years work.